Among the unrelenting discussion on the consequences of the capitalist production, consumerism and materialist character of today’s world has come an exhibition of understated photographs that deal with issues right from the opposite side of the spectrum. Shirley Baker’s (1932-2014) black and white and colour images of the lives affected by British post-war industrialism bring out the poverty of the era between 1961 and 1981 but also the accompanying playfulness, inventiveness and human resilience. 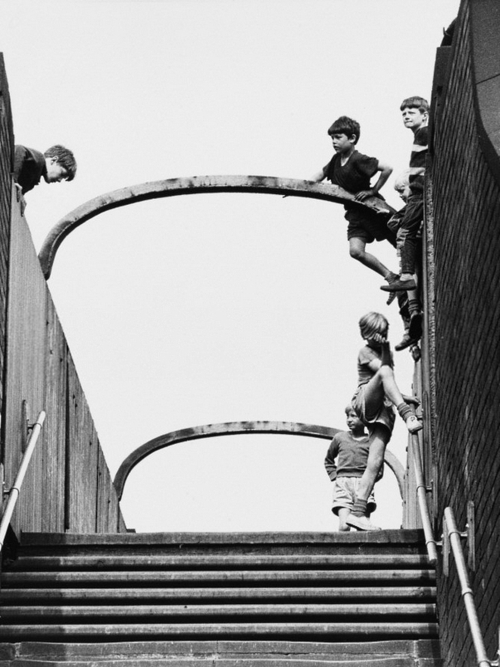 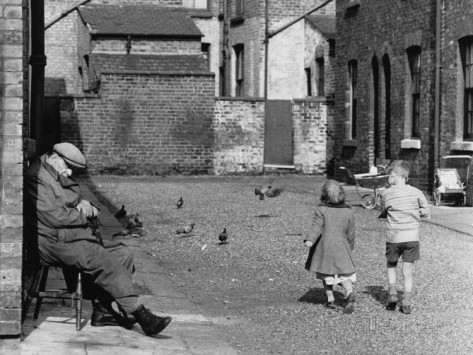 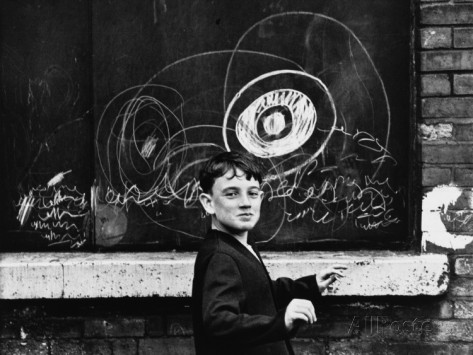 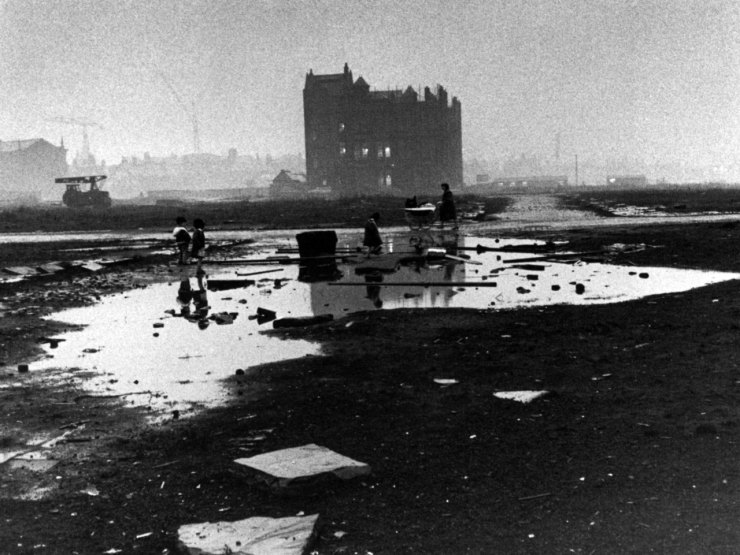 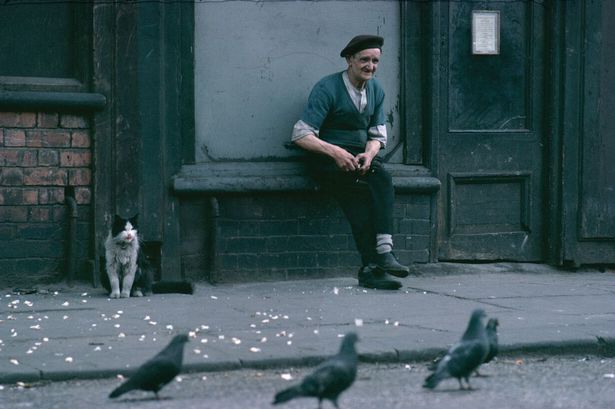 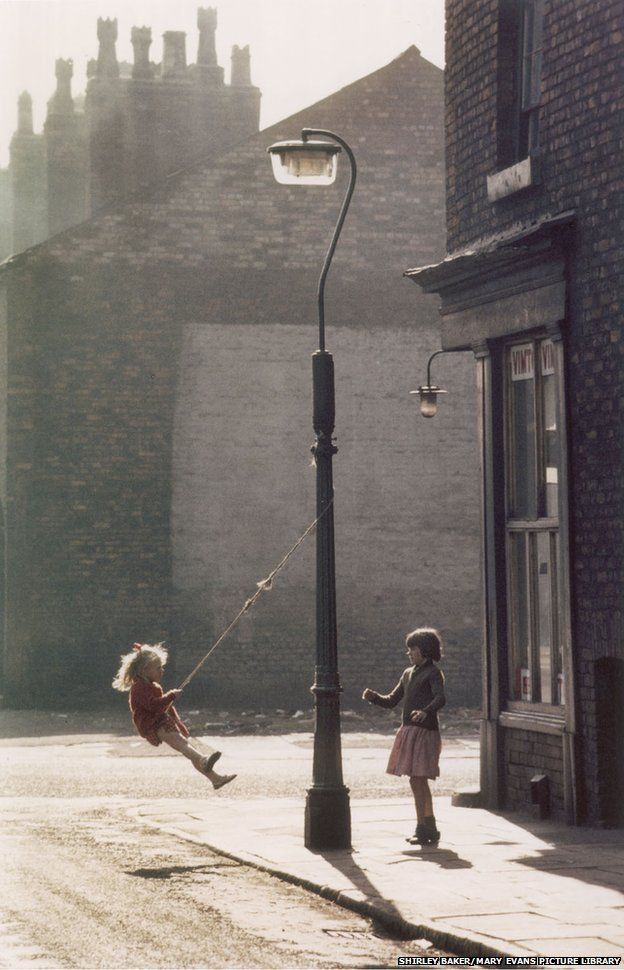 Baker, the only female social documentarist working in photography in those decades, took her Brownie camera into the suburbs of Manchester, and to nearby places like Hulme and Salford, which were undergoing profound shifts in their architectural and communal structures. The government had decided that the unfit dwellings from the 1880s, built for the workers of the local mills and factories, had to be demolished and Baker promptly took the opportunity to record the occupants of the slums as they were trying to come to terms with these dramatic changes. Her work in Women, Children and Loitering Men unfolds as a homage to their perseverance while it also extends her sympathies to their ongoing difficulties. In other words, the photographs do not present a bleak collection of grainy snapshots in which the locals stand around in desperation and melancholy; we can see women chatting lively outside the front doors, children playing with makeshift toys, men observing the daily flow with always-loyal dogs and pigeons as company. It seems that while the houses and homes could not embody any notions of stability and cohesion, the street could.

Baker must have been genuinely fascinated with such street spectacle since, as mentioned earlier, she devoted two whole decades to documenting these activities. Instead of incising the interiors – the crumbling, damp kitchens and living rooms – she navigated the outside, just like the rest of the community, perhaps desiring to fix (or freeze) something that was slowly but surely being eradicated. The Photographer’s Gallery’s website states that she considered the urban renewal plans as ‘the needless destruction of the working class communities’ and this ushers in a slightly different angle to all the grand proposals and optimistic talk that initiated the slum demolitions in the first place. All the terraced houses that were brought down had previously functioned as the abode for poor families which would now have to be relocated; the collapse of the spatial units was directly correlated to the erosion of interpersonal and neighbourly bonds.

However, we learn about Salford suburbs and the conditions in them also from the films of sociology lecturer Michael Goodger, such as ‘The Changing Face of Salford (1968-1970)’. Providing a broader context and more information about the situation in the slums, Goodger relays to the viewers the general sense of deterioration and decay that ruled those sites. For him, it was not only the bulldozers, cranes and sledgehammers that framed the daily happenings at home or on the street but also human ignorance and lack of care. The locals were so detached from their houses due to their dire state that they developed a strong ‘don’t care attitude’ which confounded the problems further.

Such accounts of collective responsibility contrast sharply with what Baker intended to focus on- in her images, we see no guilt, nor blame, only witty and eloquent fragments of perpetual struggle to preserve some normality and operation as usual. It is only some nervous smiles and lonely houses that allude to the discontinuity underlying the post-war years and the ambiguous nature of those (and any) changes.

The exhibition of Shirley Baker’s photographs also features other material, such as magazine covers and contact sheets. It finishes one day before the first anniversary of the photographer’s death and is therefore a timely reminder of the intensely human work of one of the less known photographers of the second half of the 20th century.

PS4- A source of 350 images created by Baker: http://www.maryevans.com/