Postmodernism has come to carry a range of connotations, chief among them the notions of disorder, destabilisation and difference. Whether we feel saturated by this complex discourse by now or are still returning to its core problems, its undermining of linear and conclusive narratives maintains relevance for many contemporary artists. The exhibition entitled ‘The Other Side of the Sky’, organized by Turner Contemporary, Margate and curated by Filipa Oliveira (until 8 May), presents the Danish artist Joachim Koester (b.1962) whose filmic and photographic works strongly resonate with the latter efforts. The perceptually unsettled (and conceptually unsettling) body of works cleverly encapsulates the postmodern investigation following the collapse of all singularities. His fascination with marginal historic figures, occultist rituals, proto-scientific knowledge, psychotropic substances and journeys beyond the visible exposes a profound ambivalence about the principles of rationality and empirical evidence which distinguished the modern society.

Koester himself represents a somewhat peripheral figure for the British audience, having had only two solo exhibitions in Bristol and Edinburgh in the last fifteen years. However, he has been part of the art scene since the late 1990s, participated in documenta X in Kassel and Venice Biennale in 2005 and 2007 and exhibited widely on the Euro-American circuit. Art critics compare his revisionary approach to the works of Tacita Dean and note how his (re)constructions of long-forgotten (and frequently intentionally obscured) subjects address issues of historical representation. One of the oldest works on display is the photographic series Occupied Plots, Abandoned Futures (Real Estate Opportunities) (2007) which conspicuously imitates the aesthetics of Ed Ruscha’s 1970 eponymous photobook and in this way acknowledges the impossibility of an authentic return to the past. Koester shot the same places from the same angle but due to the elapsed time, produced completely dissimilar images. In addition, the artist rendered the photographs on a black and white film and eliminated all passers-by, conveying an unnatural, stylized aspect of the so-called reality.

Joachim Koester, The Other Side of the Sky, 2015, 16mm film, 4 min. 00 sec., film still. Courtesy the artist and Galleri Nicolai Wallner, Denmark.

The exhibition has been designed as a slow descent into an eerie cavern whose contents lie on the periphery of societal interests and perhaps even cognitive capabilities. The first two galleries are spacious and bright but the remaining rooms lead the visitors through a dark labyrinth that hints at the possibility of their disorientation by allowing multiple routes while restricting their seeing. Seven films are screened here and their flicker, accompanied by an unrelenting, hypnotic drone of the projectors, galvanizes the unease and mystery present in every frame. In Tarantism (2007), Koester hired young professional dancers to perform a centuries-old Italian ritual during which bodies succumb to rapid music and dance convulsively to cure themselves out of tarantula bites. (The practice has been extensively studied by the anthropologist Ernesto de Martino and experienced a local revival in the 1970s in light of discussions on regional history and identity). Over the years, tarantism has incessantly oscillated between mythical and real-life poles of being (spider bites and unstoppable trembling were often interpreted as only symbolic), between dance therapy and the grips of delirium and, crucially, between culture and primitivism. Other film projections awaken legendary Indian traditions, ‘reptilian’ exercises unlocking the unconscious, surrealist mescaline drawings and American séances in the process of which the attendees mimicked mechanic movements of a sewing machine in an attempt to invent a more efficient model. Koester’s invocation of these temporally and geographically distant practices offers an alternative to the increasing standardization of our intellectual and behavioural ‘performance’ and tilts towards uncharted territories that may trigger liberating decentering and unexpected developments. 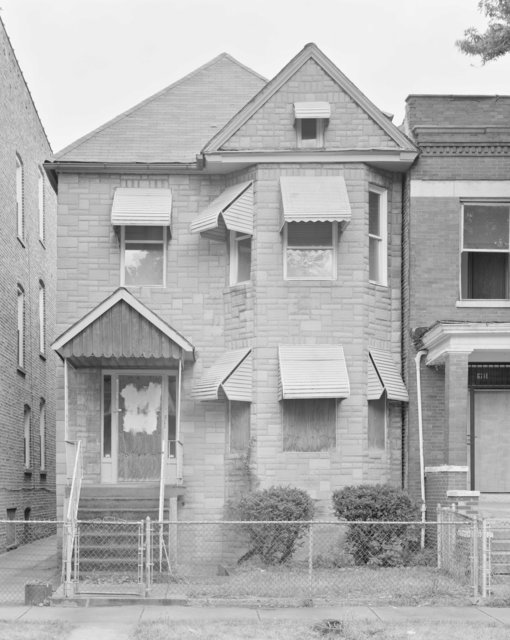 Ceremonies producing violent, unbridled flows of energies are offset by meditative works in the North Gallery, comprising a sound recording and an abstract film shown in a dilapidated wooden shack. This newly commissioned piece, after which the exhibition takes its name, loosely resembles the 1920s German cinematic avant-garde and the Filmstudie (1925) by Hans Richter. Both silent films are animated through forming and deforming organic shapes- Koester’s is an oil and water-like sensual choreography while Richter’s indulges in swirls, abstractions and flying eyeballs. Dadaist and Surrealist desire to erode the established (rational) order by incorporating non-sense and dream material closely parallels Koester’s own obsession with the voyage beyond the confines of mind and body. Appropriately, J.M.W. Turner’s abstract watercolour experiments hang here in juxtaposition to Koester’s output and allow for more unburdened associations – abstraction transgresses and transcends the concrete or, at least, infuses it with indeterminacy and otherness which we deem essential for any creative, scientific or emotional probing.

In the twilight atmosphere of the installation, distinctions between humans, animals and machines become much less perceptible since life-affirming dynamism occurs as a potentiality in all of them. However, wayward energy and unregulated flux could easily slip into destruction bearers of which are ominously embedded in the many stories that give rise to Koester’s pieces (deadly accidents, self-delusion, drug addiction), not to mention the run-down shed and its projection of a dissolving reverie. On the one hand, the monochromatic palette of films and photographs, echoed in the contrast between the shadowy labyrinth and intense projector lights, problematize our ability to see the performances and on the other, they question the amount of trust and objectivity bestowed upon the image. The media that Koester utilizes to ‘record’ reality have also long been challenged by artists and philosophers, with Roland Barthes calling photography ‘a mad image’ and Jacques Derrida describing film as ‘phantomachia.’ Staging factually fragile narratives within visual formats lacking in ontological solidity doubles up the tremor reverberating throughout the exhibition. The disturbance is also evident in the way the projectors are situated in the galleries, forcing the visitors to pass in front of them and to appear on the screen as ephemeral immaterial silhouettes, simultaneously present and absent, living and dead. If the endless simulacra, equivocations and deconstructions of postmodernism ever needed a physical manifestation, Koester’s frames could undoubtedly supply several credible samples.